Home > Our Story > History of Lalor 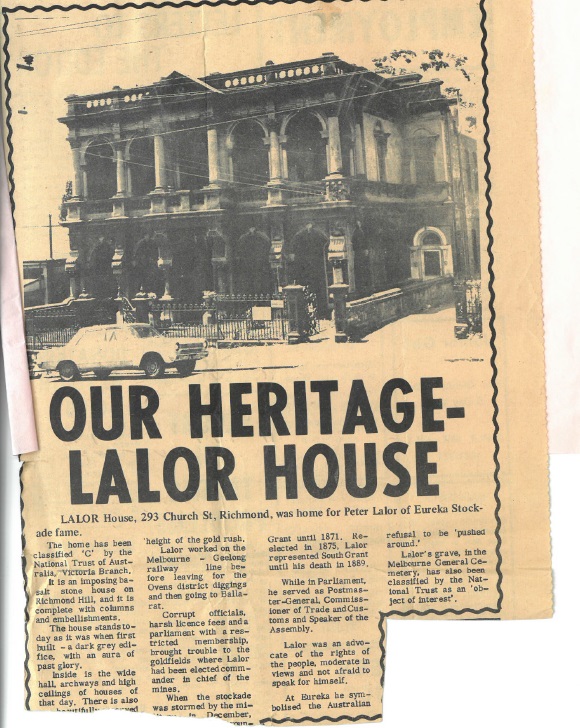 Lalor is a post-war residential suburb 17 km north of central Melbourne with western and eastern boundaries are the Merri Creek and the Darebin Creek.

The suburb of Lalor is named in Peter Lalor’s honour as well as the Lalor Shopping Centre. A number of places and institutions have been named after him: a Federal Electorate, the Division of Lalor, and Lalor House in Richmond where he lived. There is also a secondary school called the Peter Lalor Secondary College in Lalor, Melbourne.

Peter Lalor immigrated to Australia in October 1852.  He initially worked on the construction of the Melbourne-Geelong railway line but joined the Victorian Gold Rush and mined in the Eureka Lead at Ballarat. He was elected to lead the men in the armed uprising at the Eureka Stockade rebellion. Due to the political changes caused by the Eureka Stockade, Lalor was appointed to the Victorian Legislative Council in 1855.

Peter Lalor was a social achiever and stood firmly by his words. Lalor passed away peacefully in 1889. Looking back at Eureka his words were “It is sweet and pleasant to die for one’s country, but it is sweeter to live and see the principles for which you have risked your life triumphant”.

A primary school was opened in 1954, reaching an enrolment of 1000 in 1971, by when three other schools were opened which included Lalor North Primary School…….and that is where our story began……